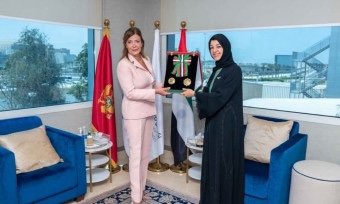 Lawyer Zoran Piperović announced yesterday that he was going to file a lawsuit against PM Zdravko Krivokapić and Foreign Affairs Minister Đorđe Radulović on behalf of Ambassador Dušanka Jeknić for violation of personal rights. In a statement for Dnevne Novine daily, Ms Jeknić explains the reason behind the lawsuit, having in mind that the recall of seven ambassadors, including her, was launched in the end of last year.

“After 20 years of work as a professional diplomat, it was upsetting to learn about the qualifications that the Minister continued to present even after the end of my term. It’ll be interesting for me to hear from a young colleague what he means by telling that a diplomat needs to be loyal to himself/herself in performing diplomatic service,” she told, among other things.